Our annual publication, The Pine Needle, is hot off the press and on its way to mailboxes around the world.  We’ll bring you a few highlights from the newsletter here, beginning with this article written by Forrest Brown, co-leader with Sumner Ford of Expedition Camp 2012.

It’s the tenth day of the two-week journey, and today the campers are rising early for a sunrise paddle. Fog is barely beginning to lift as they wake in the near dark. It’s 4:00 in the morning, and the only sounds in the campsite are those of eight people breaking camp with practiced efficiency. Canoes are being put back in the water and loaded with dry bags and coolers. Two boys stand in an improvised kitchen preparing the morning’s breakfast, while two more pore over the maps of the day’s itinerary for a final time. Water bottles are being filled beside the lake, and the campsite swept for lost gear and overlooked trash. Each and every one of them is busily preparing to get on the water, and by 5:00 they will be paddling: Pine Island’s 2012 Expedition Camp is on the move once again. 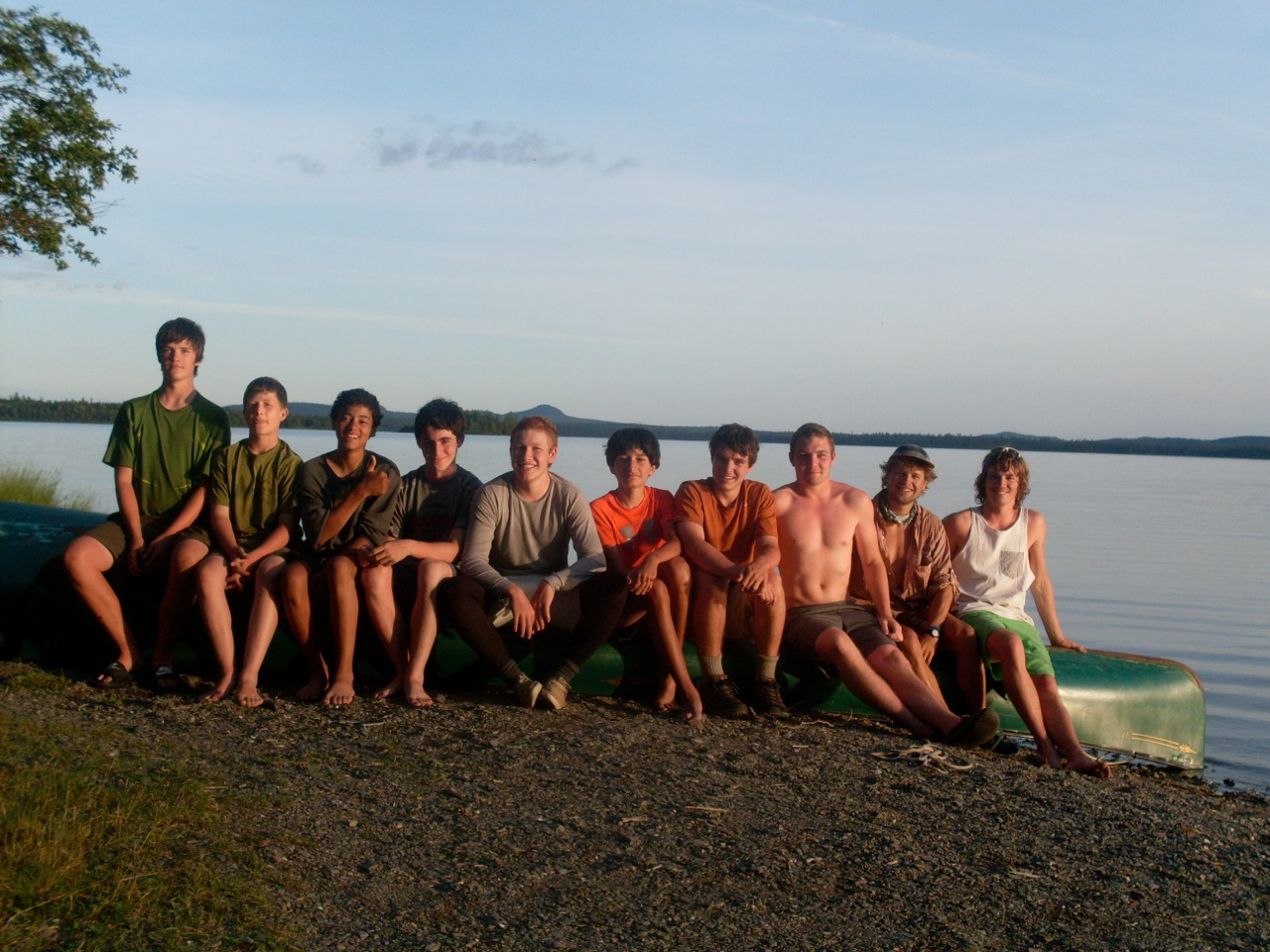 The goal of Expedition Camp is to bring boys who have enjoyed going out on camping trips one step closer to being able to lead trips themselves. The first four days of Expedition Camp (whose dates are the same as the regular Pine Island season) are spent in a crash-course of trip planning, preparation, and execution. Ex-Campers plan meals, prep hardware (such as camp stoves), study maps of the trip, and become familiar with planning for emergency situations and alternative routes. It takes both practice and experience to become a true outdoorsman, and while the scenario described above gives the impression of a group of boys who knew exactly what they are doing, that wasn’t necessarily the case when we first left the comfortable life on Great Pond.

Pine Island is well known for its hiking and paddling trips, and the valuable camping skills that boys learn on these trips. However, as a camper there are still many aspects of these trips in which you are not involved: the planning of itineraries, meals, gear, trip logistics, and evacuation routes for emergency situations. As a camper you may be encouraged to look at a map, or even occasionally to help cook the evening’s meal. You may be encouraged to learn to set up your tent properly, and to rig a tarp between trees. You may have your knife taken away because you have failed for the umpteenth time to show an understanding of how to use it safely. As an Ex-Camper you are expected to master many of these skills to take a step up in taking responsibility for yourself.

Expedition Camp may sound like a pretty intense experience, but while there are surely intense moments to be had on the water and on the trail, Expedition Camp is actually not any more challenging than the senior trips Pine Island sends out. The first expedition takes place in canoes, and begins on the West Branch of the Penobscot River. After moving through various lake and stream systems, a short portage brings the journey to the Allagash Wilderness Waterway, which flows north, and eventually leads all the way to the St. John River on the border of Canada. This trip is designed to include some less lengthy days of paddling in order to have time to focus on developing skills in navigation and daily planning in the wilderness. A major skill on which we focused this year was the making and breaking of camp in a timely manner. We worked hard, but we also spent a lot of time swimming, basking in the sun, playing cards, and reading around the beautifully maintained campsites in the North Maine Woods.

With the canoe trip under our belts we returned to PIC for some well-deserved R&R back at “Camp-X,” the newly upgraded KCI and Third Cabin on the mainland. While we only spent a handful of days at Camp-X, it was still home, and we treated it as such. A Coleman stove allowed us to brew coffee and hot chocolate when we were stuck on the mainland on rainy days, and a large central table provided area to lay out our plans as a group. However, Expedition Camp never stays one place long, and our wanderlust soon overtook us.

Our second expedition brought us to Whitehead Island for a service project. The project involved moving a lot of heavy rocks for road repair.  To our surprise the boys took to the work with great enthusiasm, but our contract to pave the road leading from the Barracks to the Light Station dock in stone was a short one, and we were soon back at Pine Island preparing for the final journey of the summer.

Vermont’s Long Trail is a trip that remains unique to the Expedition Campers at Pine Island. It is also the culmination of the Ex-Camp experience, and the most difficult of the trips. At 13.7 miles, the longest day would break the average human. The Long Trail is where an Ex-Camper’s skills are put to the test after many weeks, over nine days of rugged hiking. The 2012 Expedition Camp team proved more than capable of surmounting every obstacle the Long Trail threw at them. Comments from the caretaker of Mt. Mansfield’s Taft Lodge, where the last night of the hike was spent, included, “Could have smelled better, but what can you expect after nine days?”

While I have done my best here to capture as many aspects of Expedition Camp as I can, it is impossible to describe fully the feeling one gets when one is finally and truly isolated in the wilderness for an extended period of time. Expedition Camp is a little bit Henry David Thoreau and a little bit Ralph Waldo Emerson. From marveling at the raging waters of Allagash Falls, to watching the purple sunset from Mt. Mansfield over Lake Champlain and the Adirondacks beyond, Expedition Camp is simply… well, Xtraordinary.